A critic labelled the ‘text speak’ of the 1990s as “penmanship for the illiterates” but the latest threat to written English is the emoji, said to be the fastest growing language in the UK. While ‘text speak’ saw words shortened and abbreviated, emojis have replaced text altogether, harking back to the dark ages of cavemen and hieroglyphics, when pictures formed the basis of communication.

The rapid spread of emojis into modern communication has seen a translation company hiring the world’s first emoji translator, a restaurant launched in London with an emoji menu and the recent release of the Emoji Movie in our cinemas. So, where did they come from and is there a place for them in modern communication and technical writing?

🎬 Origins of the Emoji

The emoji first appeared on mobile phones in Japan during the late 1990s to support users’ obsession with images. Shigetaka Kurita, who was working for NTT DoCoMo (the largest mobile-phone operator in Japan), felt digital communication robbed people of the ability to communicate emotion. His answer was the emoji – which comes from the Japanese ‘e’ (絵) meaning “picture” and ‘moji’ (文字) “character”.

The original emojis were black and white, confined to 12 x 12 pixels without much variation. These were based on marks used in weather forecasts and kanji characters, the logographic Chinese characters used in Japanese written language. The first colour emojis appeared in 1999and other mobile carriers started to design their own versions, introducing the smiling yellow faces that we see today.

Speaking to the Guardian, Kurita admitted he was surprised at the popularity of emojis. “I didn’t assume that emoji would spread and become so popular internationally,” he said. “I’m surprised at how widespread they have become. Then again, they are universal, so they are useful communication tools that transcend language.”

“I’m surprised at how widespread they have become. Then again, they are universal, so they are useful communication tools that transcend language” – Shigetaka Kurita.

However, Kurita doesn’t believe emojis will threaten the written word. “I don’t accept that the use of emoji is a sign that people are losing the ability to communicate with words, or that they have a limited vocabulary,” he said. “Some people said the same about anime and manga, but those fears were never realised (…) Emoji have grown because they meet a need among mobile phone users. I accept that it’s difficult to use emoji to express complicated or nuanced feelings, but they are great for getting the general message across.”

It is this ability to get the message across very simply that has resulted in companies using emojis more and more in marketing, particularly on platforms like Twitter and via email. It has become a way for brands to humanise themselves, have a sense of humour or put across a message that a younger audience can relate to.

One example of emoji marketing is a Tweet sent by Budweiser which was composed entirely of emojis to celebrate the 4th July this year:

Meanwhile, Twentieth Century Fox took emoji-based humour to whole new level with posters and billboards bearing two emojis and a letter (💀💩L) to announce the release of Deadpool in 2016:

A number of tech companies, especially those with a younger (in their 20s-40s) target audience like Slack and Emoji, have also embraced the use of emojis in their technical documentation and the software itself. 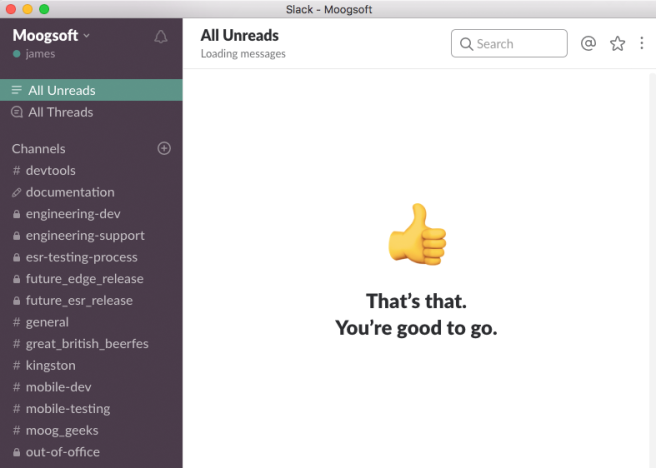 Slack use them sporadically in the product, often as the punchline of a joke or message when you’ve read all unread threads (see screenshot above).

Emojis also appear in their help system, with Emoji flags for the chosen language and to highlight bullet points (see below):

Startup bank Monzo also embraced emojis early on, designing an emoji-rich interface that would a younger client base than typical banks could relate to. Emojis are automatically assigned to transactions and you’ll find them incorporated in the Monzo API documentation and the app’s Help screen: 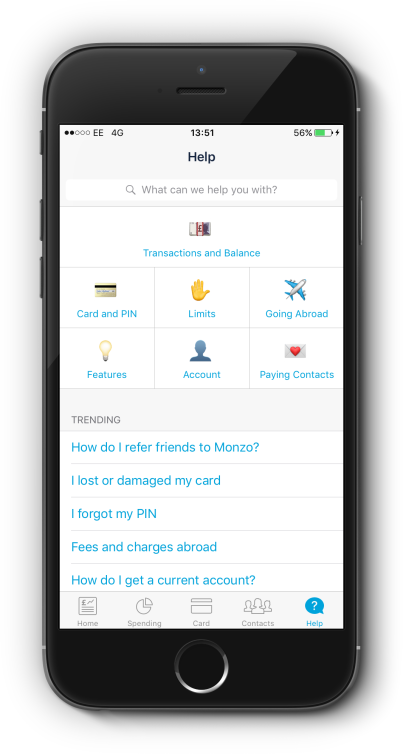 Speaking to brand consultants Wolf Olins, CEO Tom Blomfield explained how they also use machine learning to pair your transaction’s spending category with relevant emoji. For example, it will display the doughnut emoji 🍩 when you shop at Dunkin Donuts. He said: “There’s no business case for the emoji donut, but people get ecstatically happy when seeing it and go on social media to share the moment.”

While emojis might work for some tech companies and give them a way to humanise their brand and relate to their target audience. I think there are several risks which come with their use as well.

The first risk is alienating users who don’t relate to emojis, or even dislike them. Although most of my office do use them as a way to react to each others’ Slack posts etc, there are a number of people who refuse and as there are a lot of nationalities with different cultural references, sometimes the emojis are used in different ways. For example, in Japan the poop emoji (💩) is used for luck while the English use is a lot more literal. Similarly, the folded hands emoji (🙏) means ‘thank you’ in Japan, while it is more commonly used to convey praying or saying ‘please’ in English usage.

Secondly, if emojis are just a fad like the Kardashians, Pokémon GO and Tamagotchi then you face the unpleasant task of replacing them all when they become unpopular, are considering annoying or are phased out. If you have saturated both your product and documentation with emojis then this task will take you and your team a lot of time and effort.

Thirdly and finally, studies have shown that emojis can get lost in translation as they are incredibly subjective so the meaning and intended emotive message can often be misinterpreted. This has continued to get more and more muddled as different vendors and browsers redesign and create their own versions of the unicode emoji characters. A study by GroupLens research lab found evidence of misinterpretation from emoji-based communication, often stemming from emojis appearing differently on different platforms.

The grimace emoji (😬) is said to cause the most confusion, with researchers finding that 70% of people believed it to be a negative reaction while 30% thought it conveyed a position emotion.

On the whole I don’t dislike emojis or think they’re a threat to the written word. They definitely have a role to play in social interaction, can humanise communication and even add humour to it. However, I still feel there are too many risks, too many different cultural interpretations which mean they simply won’t work in a multinational business. Technical writing is all about choosing the clearest form of communication, the shortest, most simple words that cannot be misunderstood. I’m just not convinced there’s a place for emojis in documentation yet, at least not while there is still room for things to get lost in translation.